This blog is the sixth in a series of eight blogs on productive learning strategies, originally written by Tine Hoof, Tim Surma & Paul Kirschner, and published on excel.thomasmore.be.

In 2015, Richard Mayer and Logan Fiorella published their book ‘Learning as a Generative Activity’ describing eight generative learning strategies. They’re called generative (also productive) because they allow/force learners to ‘remould’ the subject matter and based on that, create their own output, such as a summary or a drawing. In other words, as a learner, you generate/produce something yourself based on and that goes further than what you’ve learned. In addition to mapping,  Mayer and Fiorella also discuss summarising, drawing, imagining, self-testing, self-explaining, teaching, and enacting.

Each strategy prompts learners to apply Mayer’s Selection, Organising, and Integrating (SOI) memory model. These strategies ensure that the learner engages with the new subject matter in a ‘cognitively active’ manner. In the first blog (on summarising) you can read more about why this is important when studying.

First off, self-testing doesn’t mean that you make the test and test-items yourself, though for some students in some situations this is possible. Self-testing is a ‘no-stakes’ test where learners test themselves, and thus try to remember something that they have learned by any number of means like flashcards or practice tests. They ask themselves a question and see whether they can retrieve the answer from memory (retrieval practice) instead of rereading the information in their text book or re-watching an instructional video. Self-testing is about a retrieval attempt; trying to remember something. In other words, the act of retrieving doesn’t necessarily have to be successful though learning gains are greatest when learners have to think hard, but nevertheless are able to retrieve at least some of the information successfully.

Learners who test themselves do so without using the information source (unless of course to check their answers afterwards). That explains why retrieval practice as a learning strategy feels less comfortable than for example rereading a text or watching a video a second time. And that’s also why learners very often don’t use retrieval practice as a study strategy. They interpret the sense of unease they get from trying to retrieve the answer from memory as a signal that the strategy is ineffective, even though it’s exactly that struggle which makes this strategy so powerful (Soderstrom & Bjork, 2015).

Why does self-testing work?

Whenever learners try to retrieve information from memory, the memory trace of that information (and related prior knowledge) is strengthened more than when learners reread the information (Dehaene, 2020). When you reread or re-watch something, the fact that something looks familiar to you/you remember having seen it before tricks you into thinking that you’ll be able to remember/recall it at a later moment. Self-testing enhances later retention, a phenomenon known as the testing effect.

Research from Roediger and Karpicke from 2006 illustrates the effect of self-testing. In this experiment learners studied two texts (one about the sun and one about sea otters) for 7 minutes. After a short break one group reread the text (Reread) while the other group wrote down everything they remembered about the texts (Retrieve). Then both groups took three retention tests: one after 5 minutes, another one after 2 days and the last one after 1 week.

The Reread-group slightly outperformed the other group on the first – immediate – test. On the delayed tests, however, the Retrieve-group substantially outperformed the group that studied the texts twice. Self-testing produced substantially greater retention than restudying, implying that if learners want to get better at taking tests, they should practise … taking tests. Practice does make perfect. And it has even been found to reduce test-anxiety!

The number of scientific publications on retrieval practice and the testing effect has increased a lot over the past decennia. And the effectiveness of this learning strategy has been demonstrated over and over again (Agarwal et al, 2021). This is especially the case when it’s combined with another very effective learning strategy, spaced practice. Spaced retrieval practice stimulates learners to test themselves when they’ve already started to forget the subject matter. This implies they’ll struggle to remember information that was previously dealt with, while information that was just shared with them will be more easily recallable. Forgetting is a vital part of learning. And spaced retrieval practice is a powerful tool to help learners integrate knowledge into long-term memory.

How does self-testing work?

Learners can test themselves in many different ways, flashcards being the most well-known method. Flashcards are small cards that have a concept, word, formula or question on one side (‘Pythagorean theorem’ or ‘When did the Battle of Azincourt take place and which parties were involved?’) and the definition, translation or answer on the other (‘a2+b2=c2 in right-angle triangles’ or ‘The battle of Azincourt took place on 25 October 1415 between King Henry V of England’s troops and King Charles VI of France’s army). Learners who use flashcards to study should practise with a big enough pile of flashcards (20 for example is better than 5) and should refrain from flipping the card too quickly. They need to allow themselves enough time to try to recall the correct answer. Also, while they need to try it again especially with the cards that they missed, they need to also retry with the whole deck. Finally, they should also keep practising until they’ve been able to correctly recall the information on all flashcards three times during different study sessions.

Self-testing with flashcards is what’s known as a cued-recall activity, where learners try to recall information based on a hint or a prompt (in this case: the concept or keyword on the one side of the flashcard). Other cued-recall activities are taking practice tests. Remember the students from the experiment? They tested themselves in a free recall activity, writing down everything they could remember about a topic. A third type of recall activity is based on recognition, think of learners taking a multiple choice quiz.

Very often learners aren’t fully aware of the powerful effect that self-testing has on retention and they’re inclined to choose less effective alternatives while studying, like rereading or highlighting. They focus on getting the information into their heads instead of practising how to get it out of there. If they do choose to test themselves, they do so at the end of the study process, as a way of evaluating whether they’ve mastered the subject matter (Rivers, 2020). This implies that even though learners seem to be aware of the indirect benefits of retrieval practice (monitoring their learning process: Have I mastered this subject matter?), but less so of the direct benefits of this study strategy (the testing effect). Research by Karpicke and Blunt (2011) illustrate this lack of metacognitive knowledge about the benefits of self-testing on retention.

In this experiment students were given 5 minutes to read a short article about sea otters and were then randomly assigned to one of four conditions: a Study condition (they received no additional study time), a Repeated Study condition (they spent an additional 15 minutes studying in 5-minute blocks), a Concept Mapping condition (after a short instruction about the nature of concept mapping and studying an example of a concept map, they spent 25 minutes concept-mapping with the text available) and a Retrieval Practice condition (they spent 10 minutes writing down what they could remember from the text, i.e. free recall, then they studied the text again for 5 minutes and then they practised free recall again for another 10 minutes). At the end of the learning phase, all students predicted the percentage of information from the text they would remember in a week. In other words, they made judgments of learning. One week later, all students completed a test that included both verbatim and inference questions.

On the final test, the Retrieval Practice group outperformed all other groups on both verbatim and inference questions. However, students’ metacognitive predictions did not match those results. They predicted that repeated studying would lead to better retention, highlighting the need for teachers to improve their students’ metacognitive knowledge about self-testing.

This learning strategy, unlike summarising, doesn’t require intensive training. Moreover, the strategy is effective for all domains and age groups. Younger learners, with less prior knowledge, do seem to need more support when they practise retrieval (guided retrieval). Free recall activities, for example, are very effective for older learners, but less so for younger ones. This type of recall seems to be too difficult for them, making it no more effective than rereading.

There are a few aspects that influence the effectiveness of self-testing as a generative strategy. First of all, retrieval works best when learners receive corrective feedback (Kang et al, 2007), even though the testing effect takes place even without feedback. This feedback can be given by the teacher, but learners can also look up the correct answers themselves or see it on the flip-side of the flashcard. When they reflect on why their answer was incorrect and identify any misconceptions or gaps in their cognitive schema, they strengthen their metacognitive strategies.

Secondly, it’s important to use different types of retrieval activities. If learners in class (or at home) only practise cued-recall activities, they’ll become better at recalling information based on that cue. On a final test, however, such a cue is absent. The types of questions learners use to test themselves should therefore be similar to the types of questions on a delayed test (McDaniel et al, 2007). And last but not least, retrieval practice is most effective in combination with spaced practice.

Fiorella and Mayer (2015) refer to 47 studies that use self-testing as a generative learning strategy. In 44 of them retrieval practice had a positive effect, with an average to strong effect size. Dunlosky and his colleagues (2013) also highlight the effectiveness of this strategy, especially because it benefits learners of different ages and abilities and has been shown to boost students’ performance across many criterion tasks. 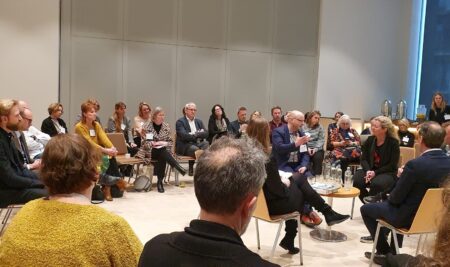 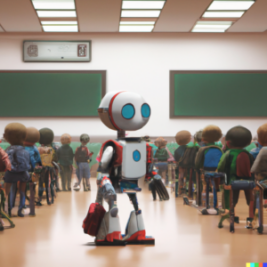 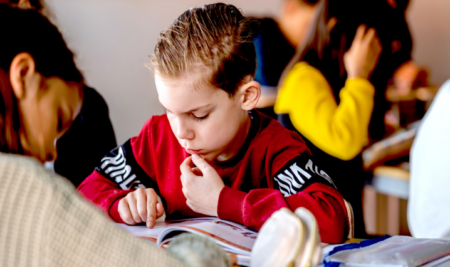 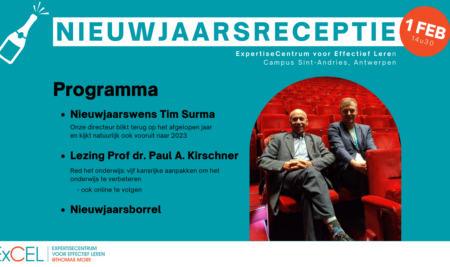